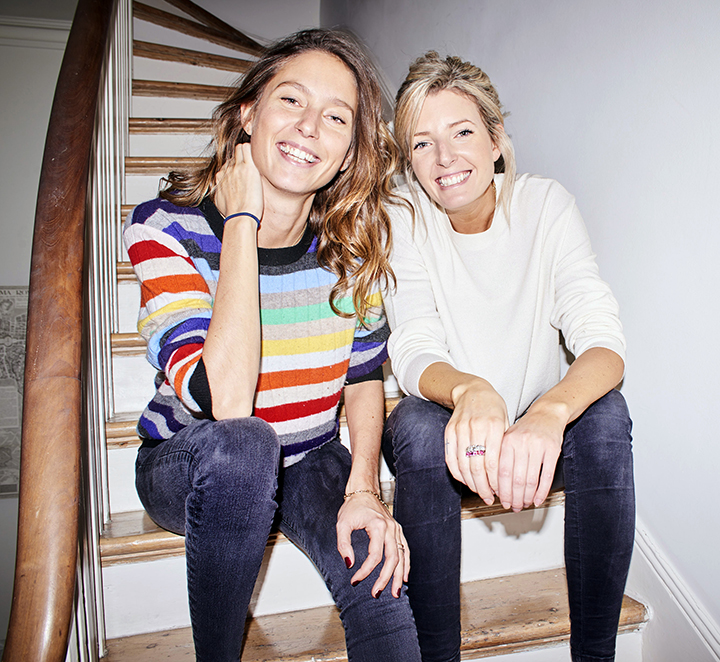 The pair first met in 2010 whilst working in the fashion industry in New York where they bonded over their passion for cooking. In 2012, they ventured back to London and discovered a gap in the market for nourishing food on fashion shoots. They founded the successful catering company, Tart London, and quickly became one of the capital’s most sought-after and trusted caterers, with loyal clients including Versace, Stella McCartney, Chanel and Vogue Magazine.

With ambitious dreams to open a restaurant in the future, Lucy and Jemima started with a two-month pop-up, Tart’s Kitchen at Queen’s Park, in collaboration with Wedgewood. Here, they worked on their individual dishes, showcasing the best ingredients at the peak of the season. They also ran supper clubs, using produce from their respective family farms in Northumberland and Somerset.

In February 2016, Lucy and Jemima took on the role of columnists for the Evening Standard’s weekly publication, ES Magazine. Alongside writing the weekly recipe column, they published their debut cookbook A Love of Eating in 2018. The book captures their approach to cooking and eating, creating colouful, fresh and wholesome meals to share and enjoy.

After several years of searching for the perfect site, the inimitable pair launched the neighborhood restaurant, Wild by Tart in Spring 2019. The Times critic Giles Coren reviewed, commenting he had a “very good lunch (with a very good meursault) served by smart, clued-up staff from a kitchen doing all the right things with seriously good, fresh, seasonal, local produce”.

Both Lucy and Jemima share a love of travel, citing international trips as well as British towns and local farms, as a source of inspiration for their beautiful dishes.